In the lesson from the secondary biology until university level, we were taught that the structure  is double helix, anti parallel bound by hydrogen bonds. Watson and Crick discovered double helix of DNA (secret of life).

New quadruple helix DNA was found by researchers from Cambridge University. It is found in all human cells and might be related to cancer. It is a novel finding where the control of the structure of DNA could be used to control and fight diseases. Prof Balasubramaninan said that the synthetic molecules contained the G-quadruplex could be make to block the runaway tumor cell proliferation. It is key interest in the study of cancers, which were usually driven by genes, or oncogenes, that had mutated to increase DNA replication.

Balasubramanian’s group has been pursuing a four-stranded version of the molecule which called G-quadruplex. The G is guanine base. The G-quadruplex forms the structure of DNA. 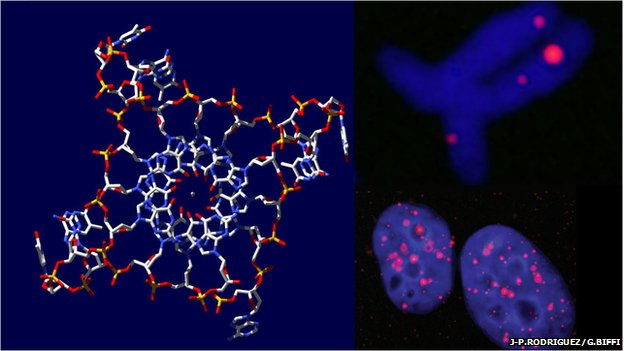